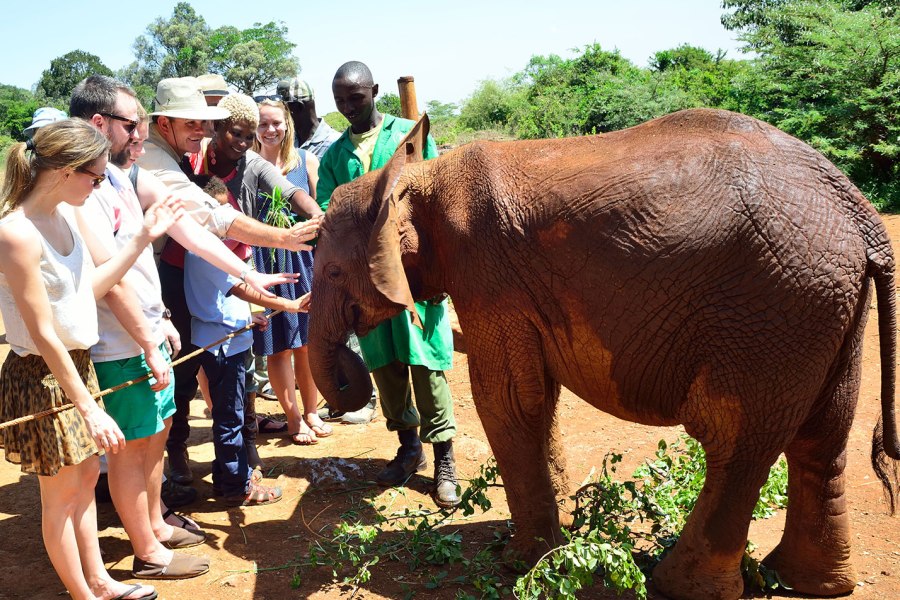 This globally recognized trust rescues and rehabilitates elephants and rhinos that have been orphaned due to poaching and habitat loss, and hundreds of infant elephants have been hand-raised and reintroduced to the wild at Tsavo East.

The David & Daphne Sheldrick Elephant Orphanage and Animal Orphanage plays a significant role in both local and international conservation efforts. Established in 1977, the trust is entirely supported by donations and memorializes the work of David Sheldrick, a renowned naturalist who served as the founder warden of the Tsavo East National Park in south-eastern Kenya from 1948 to 1976. When you visit the orphanage during your sightseeing trip to Nairobi with Global Star Tours, you will see orphan elephants and rhinos nurturing and learn about the trust's two major programs – Orphan's Project and Fostering Program. The Orphan's Project is a globally recognized program that rescues and rehabilitates elephants and rhinos that have been orphaned due to poaching and habitat loss, and hundreds of infant elephants have been hand-raised and reintroduced to the wild at Tsavo East. The Fostering Program, in partnership with the Kenya Wildlife Service, supports an elephant nursery in Nairobi National Park that is overseen by Dr. Dame Daphne Sheldrick who is credited with developing a complex milk formulary, as well as an in-depth understanding of husbandry.

Since 1999, the trust has been involved in anti-poaching efforts by operating and funding many successful de-snaring teams and aerial support personnel who work with wildlife authorities deep within the boundaries of protected areas to stop the activities of illegal meat hunters. Another important facet of the trust's work is the mobile veterinary units that work in Tsavo West and East Parks, as well as surrounding ranches and dispersal areas.

The David & Daphne Sheldrick Elephant Orphanage and Animal Orphanage spearheads local educational programs to raise awareness, shares information on both local and international fronts and publishes articles for the Wildlife Clubs of Kenya, press outlets and many other sources. The trust has been the key to the struggle to not only protect elephants, but to also uncover the complex communication and social behavior used by these incredible pachyderms. This tour is offered in the morning for non-sponsors while orphan sponsors have access on an afternoon visit. Price: From $80.00 per person 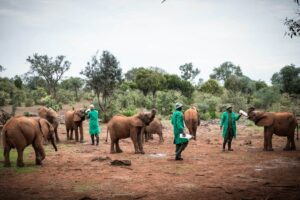 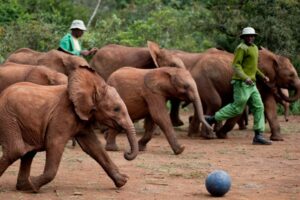 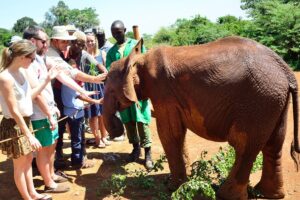