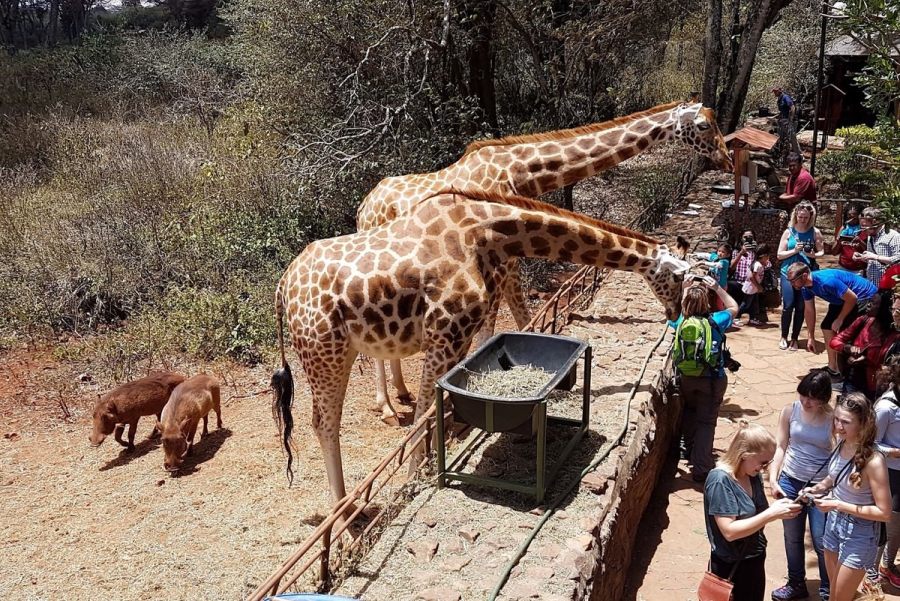 The Giraffe Center was first opened in response to the endangered status of the Rothschild giraffe, the population of which had declined, reaching a low of 130 animals in the wild as a result of agricultural practices in their native habitat.

Successful fundraising efforts secured monies to move four herds of these graceful animals to Lake Nakuru National Park, Nasalot Game Reserve, Mwea Game Reserve and Ruma National Park, and the success of these efforts has increased the population to over 500 individual giraffes in Kenya alone. The most exciting part of your tour visit to the Giraffe Center is the experience of seeing these animals up close and even feeding them!
To raise awareness, the center provides free environmental education to young Kenyans and promotes conservation efforts of endangered species in Kenya. The Giraffe Center is open daily and the majority of your entrance fee goes toward supporting the important efforts of the organization. For those who want an up, close and personal wildlife experiences with Rothschild giraffes, Global Star Tours recommends staying at the premier Giraffe Manor, a distinct country home adjacent to the center. Price: From $125 per person 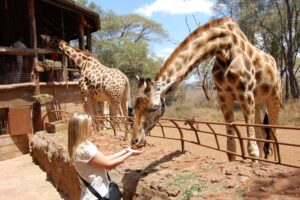 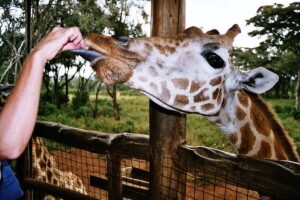 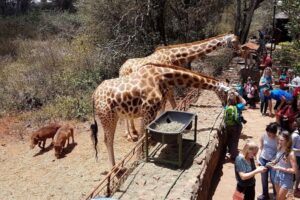